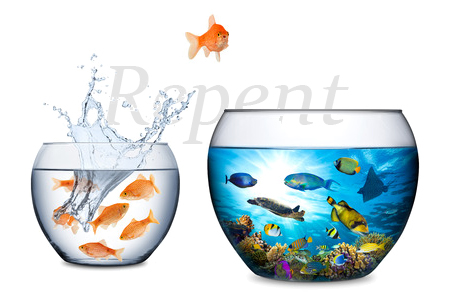 It’s Not What You Think
In all likelihood, the greatest thing you can do to develop your business does not involve learning something new.

That’s problematic for people in my business because we are all about helping people discover something new they have not previously known that can ignite productivity in the future.  You probably don’t need that – at least not as your primary first order of business.

If you have been in business for any length of time… if you have spent any amount of time developing your craft, skill, or impact… you have a sizeable mass of potentially productive ideas.   So much so, they may actually be becoming distractions rather than directions.

My guess is you have a fairly sizeable to-do list.
Within that list are a number of new or continued actions – all of which hold apparent value for development.  If you are like most of the relatively successful business leaders I sit down with, your greatest need is not to complete the list.  Your greatest need is to repent.

If you are up for the challenge, keep reading.

Some longhaired hippy with a large sign on a pole saying, “Repent. The end is near!”?

What is it actually referring to?

One of the fundamental awarenesses of Beyond Sunday is that the principles, commands, and truths within scripture are universally applicable, powerful, and effective. To put it another way, the things that you hear on Sunday work on Monday – even for those who don’t know God or care whether He exists.

To be clear, what the Bible contains is far more valuable than that it merely works. But also, its value goes far beyond a religious observance on a weekend. Repent is one of those truths that shows the universal power of what God has mercifully given us.

Think of a brief overview of the truth of the gospel: God is perfect, created what was perfect. We, being created perfect, were given a choice. Starting with Adam we chose stupid and destructive over wise and eternal. Our choice was infinitely more destructive than we thought and brought irreversible and eternal destruction to us and all who would follow us. God in His mercy reversed the irreversible by paying a price we were incapable of paying. Having paid the eternal debt, God gave us – the foolish who didn’t deserve a break – a new lease on life and eternity.

We have one simple requirement – trusting in His kindness, we merely have to be completely honest with our choices and resulting predicament. This true, trusting, honest confession involves a desire, a commitment, to change. That’s where this word repent comes in.

The Greek word translated repent (μετανοέω) means to change your mind. I was thinking one way, but I change my mind.

How Does it Work in Business?
As I sit down with business leaders, this one concept is consistently in the top 5 most important characteristics of growing leaders. Repent… to have the willingness, the desire, the fortitude to say at the deepest level – the way I have been looking at and executing life (no matter how tightly held) is not productive. I am committing to a change of mind and, as a result, a change of action.

If you can’t change, you can’t continue to grow.  It’s a logical, though not always obvious, reality.

You seldom become merely a bigger version of what you were.  You change fundamentally.

On the other hand, potentially the most consistently limiting issue I find in those who would strive for greatness is a change threshold. Most are willing to change to some degree, but all come to what I would call a change or repentance threshold – a point at which, at least initially, they are unwilling and/or resistant to change.

In Good to Great – Why Some Companies Make the Leap and Others Don’t, Jim Collins gives 6 steps to breakthrough companies.  The pivotal step which catalyzes breakthrough is titled, “Confront the Brutal Facts.”

Oddly, admitting problems, even personal failure, does not have to lead to despair.  Instead it can lead to hope in a new outcome.  As Collins describes these companies,

Simple question:
Do you have a repentance threshold?

Would you know it if you did?

How Do I Make Repentance Work?
One of the primary challenges we give in Beyond Sunday is that every action you have comes from something you value and believe.  Since every new level of productiveness requires a change in action and your actions are belief based, something has to change in your values and beliefs in order to develop.

Here’s the rub.  Changing your mind on something impactful enough to change your future is more than I think I’ll choose the salad instead of the meatloaf.  The greater the change desired the greater the shift in belief that is required.  Repentance speaks to the starkness of the change necessary.

Pause…
Are you really up for what it will take to transform your impact?
OK…

Admit you are wrong.
Wow, really?

If I tell you your form is a little bit off, your style needs a little tweaking – that’s socially acceptable.  If I ask you to admit you’re wrong – not so much.

How often have you heard a public figure say, “I take full responsibility for…”?
Really!?!  What exactly does that mean?  Great, we’ll charge you, convict you, sentence you…
“Wait a minute.  I don’t take that much responsibility!  By full, I meant enough to get you off my back.”

So here are three challenges:

• Think of those who know you well (personally, relationally, business-wise – whatever area you want to develop)
• Narrow that list down to those who care for you and that you trust.
• One more criteria – chose the one(s) that will be fully honest with you.

2.  Ask them to give you the top area you need to change

3.  Consider what values/beliefs drive that area. Repent of that belief.

This simple (though not easy) concept of repent will be the key to unlocking breakthrough growth in your productiveness and enjoyment.  Share your story with us.  We’d like to hear it.