Posted on May 27, 2016 Posted By: Phil OlsenCategories: Execution 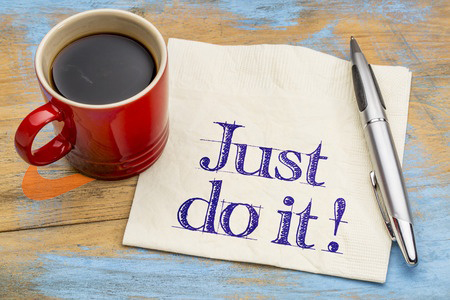 When we get sick of doing the hard thing of obeying what we already know, we go looking for new answers.

Simple:
With all of the amazing acrobatics basketball great Michael Jordan was able to do, a key thing that made him great was simply being able to make a basketball shot. Arguably today’s #1 basket player, Stephen Curry, is primarily known for one thing – his ability to shoot baskets.

Last night Curry scored 31 points, 12 in the final quarter – shooting a 3-point shot and a bunch of free throws. He shot 10 out of 10 free throws for the game. Now my assumption is a fair amount of you could care less. I don’t even care that much – except for one thing. Next to a layup, free throws are the most basic basketball shot there is. No one is in front of you. No one is allowed to distract you. You are exactly 15 feet from the backboard. The distance never changes. You have an undiverted attempt to put the basketball through the hoop – and you’re a professional. How hard can that be? And it won the game for Curry’s team!

How good are you at that?

In the business sector we are used to calling it follow through or execution.  Obedience clarifies that there is more to what we do or neglect to do than checks on a to-do list.  Obedience is a heart level muscle, a heart level discipline.  As a muscle, it can become stronger or injured.  As a discipline, it becomes habitual for or against it.  As a result, the potential for success or failure becomes exaggerated in future attempts.  Because of this, obedience not only produces positive results, it changes us at the most fundamental level.

Larry Bossidy, past CEO of Honeywell International, writes in Execution: The Discipline of Getting Things Done,
In the most fundamental sense, execution is a systematic way of exposing reality [truth] and acting on it [obedience].  Bracketed words added

Belief Based:
Obedience speaks to action that is belief based.  It follows what you truly believe to be true or most important.  It speaks to an authority that supersedes our emotions or immediate desires – in a sense, a final source of authority.

This tandem of belief and obedience is becoming even more apparent in business.  Effective business leaders have begun moving beyond merely developing strategy to focusing on culture – the business version of belief.  I address this in one of Beyond Sunday’s virtual coaching modules, “The Most Powerful Means to Effect Change.”  We see it in GE’s cultural change.

Raghu Krishnamoorthy wrote in the Harvard Business Review about GE’s culture challenge after the successful tenures of Welch and Immelt,
How do long-established companies make this transformation? How do they understand the need to change and create the energy and urgency around it? How do they match a shift in strategy (which is called for in times of change) with a shift in culture? I suspect that many organizations get into trouble not because of a failed strategy but because of a frozen culture.

Raghu makes a clear distinction between structure [defining actions] and culture [defining belief] and indicates the prime issue is culture not structure.  He goes on to describe how GE is approaching change,
To facilitate this new operating model, we have had to create a new cultural template that demands new ways of behaving. We even called our new cultural orientation “the GE Beliefs” to ensure that people changed their frame of thinking to the new way.

A Final Source of Authority:
It was most likely King David, the most successful leader in the history of Israel, who wrote in Psalm 119:97-104 of the power of obeying and immersing himself in God’s commands.  He declared it was the reason he was “more insightful than all of his teachers” and “wiser than his enemies” (we might say competitors).  To him God’s commands were more than rules.  They defined what wisdom and excellence looked like.  They were his final source of authority.

What is the framework that inspires your actions?  What are your belief inspired values?  What do you obey?

Have you started looking for new ideas because you’ve gotten sick of obeying what you already know?

Change the way you approach follow-through.  Call it obedience.  See how that changes your perspective.

Simple obedience is affecting your business and the impact of our life.  Do you know how?